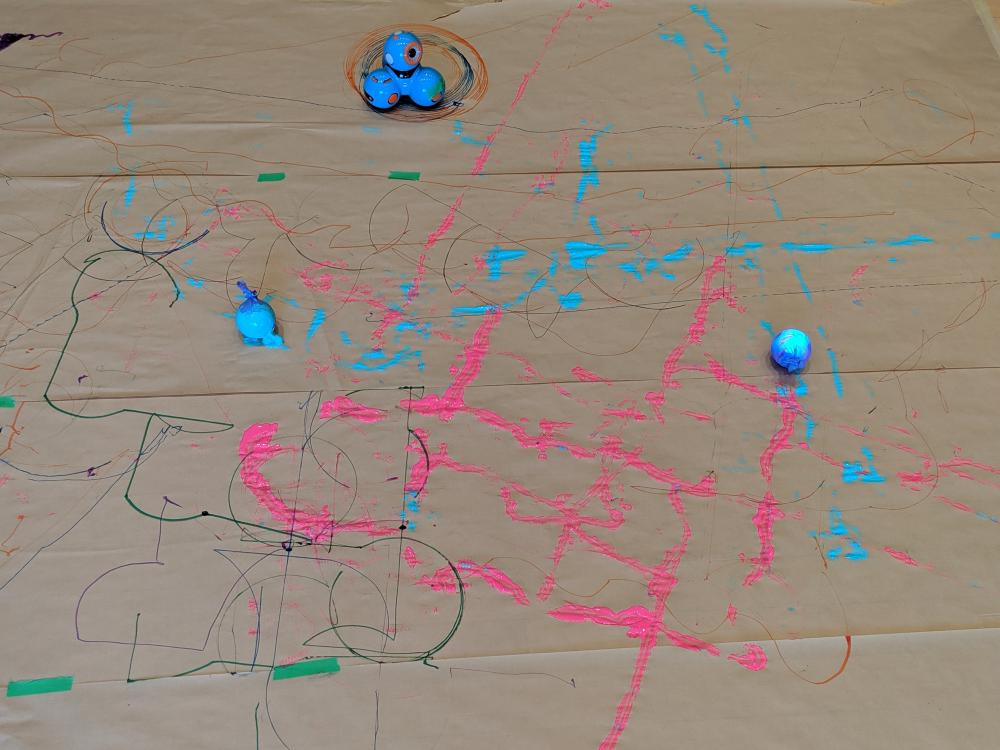 This co-design session was held on July 12th from 10:30-11:30 at Kayla’s Children Center a centre specialized in educational, therapeutic, and recreational programs for infants, children and teens with special needs, in Thornhill. The event was attended by 6 campers aging between 5-7 years old. All of the campers were independently mobile, verbal, reading at different levels of literacy, and they all experienced different social and behavioral needs. There were about 4 camp counselors accompanying this group of kids. This event was facilitated by three IDRC members and one member of the Bridges Canada team.

Planning for the Co-Design Session

Prior to our co-design session, the team had the chance to be involved with this group of campers for three coding sessions facilitated by the Bridges team. This involvement was important to build rapport with the campers, counsellors, and to understand the campers’ individual learning and behavioral needs. During the coding sessions, the campers were introduced to Dash and Dot robots and Sphero.

Our learnings from these sessions include:

Set an Agenda: Campers benefited from clear verbal instructions and behavioral expectations to complete tasks and interact with provided computers and robots.

Combination of group and individual activities: Based on our interactions with the campers, we noticed that some campers work well together, while others benefited from one-on-one support. 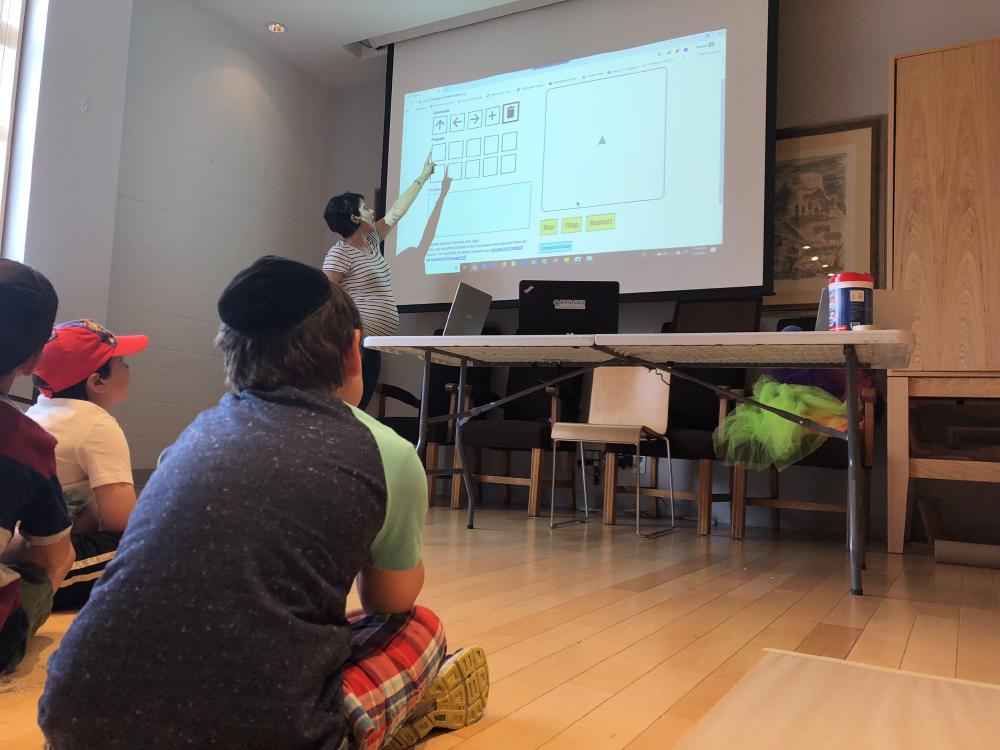 The C2LC prototype was projected on a screen and the facilitator used simple language to introduce the different sections to the campers. The facilitator tried to keep the campers engaged by asking them to raise their hands after introducing each part of the interface. Campers got the opportunity to trial the C2LC prototype with an art activity. Markers were taped to Dash robots and Sphero robots were dipped in paint. The campers coded their own sequences that the robots drew or painted on the paper laid out in front of them.

A challenge was regulating the excitement and high energy levels in one common indoor space. Many campers expressed their excitement through shouting, and making sounds (clapping, stomping). This high energy made it difficult for campers to focus on one activity for an extended period or waiting to interact with their desired robot.

It was important to provide clear instructions and reinforce expectations. Some campers preferred to use alternative ways to communicate their emotions and needs. One camper expressed frustration through physical responses such as hitting and biting. Despite these challenges, most campers worked effectively in pairs and were able to take turns. They took care of the robots by not grabbing them and often verbally referenced the practice of carrying robots with two hands when invited. 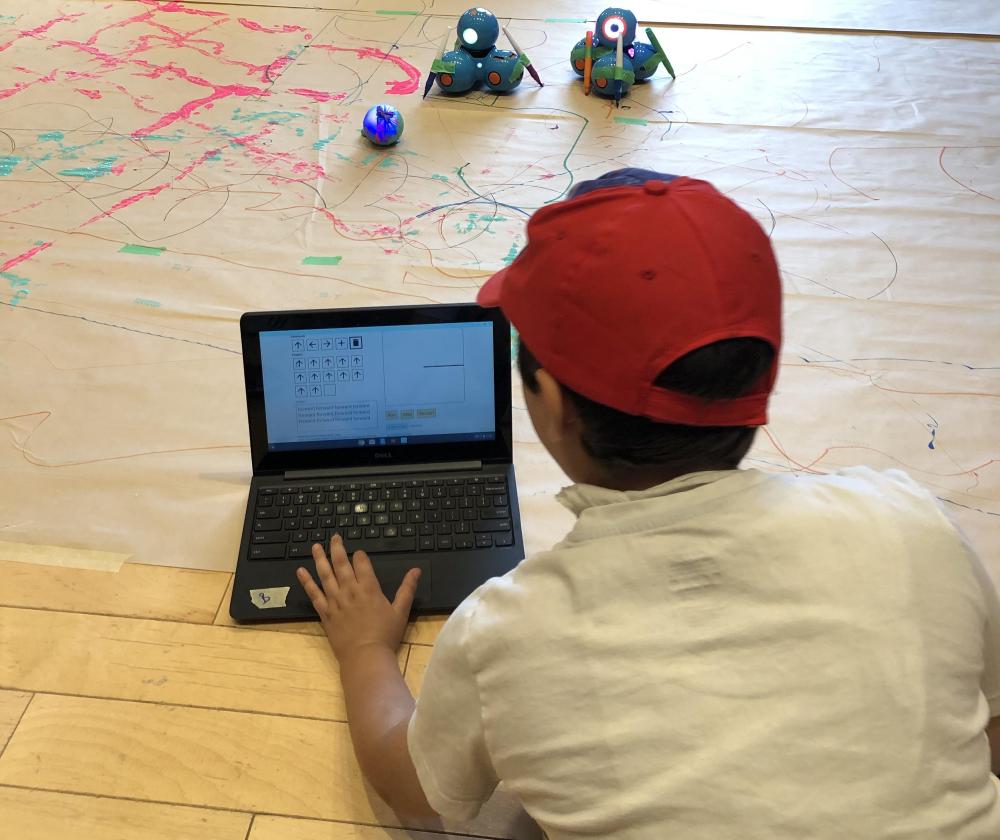 Following the art activity, the campers were provided with a board with all components of the C2LC prototype attached to it. They were asked to redesign the current interface based on their own personal preferences and needs. Each facilitator worked with one to two campers and supported the design process with questions that included:

Campers in this group had varied levels of reading and writing skills. The facilitators posed questions and acted as scribes for these campers on a one-to-one basis to capture their ideas and thoughts. Future approaches to capture ideas could include having only pictures/images on the boards to be inclusive of different literacy and language abilities, and/or a digital platform with speech-to-text functions.

Re-directing attention and focus of the campers was a continual part of the facilitation process. For example, one camper spent the majority of the design session focused on drawing an avatar on the board after he had seen an image of avatars as options for the prototype interface. 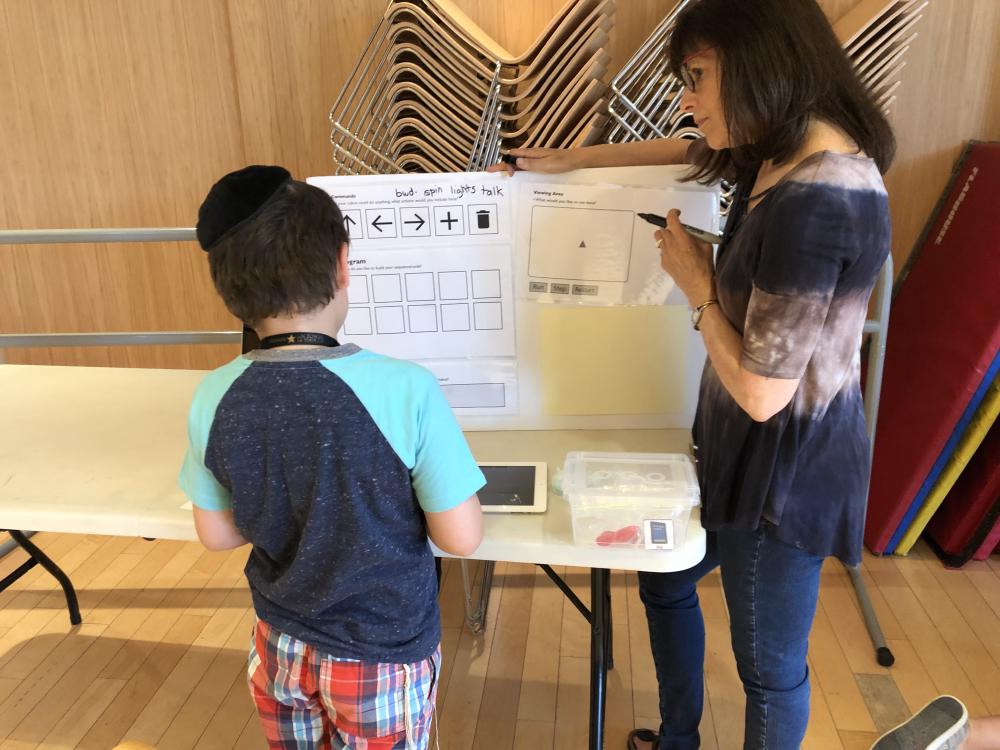