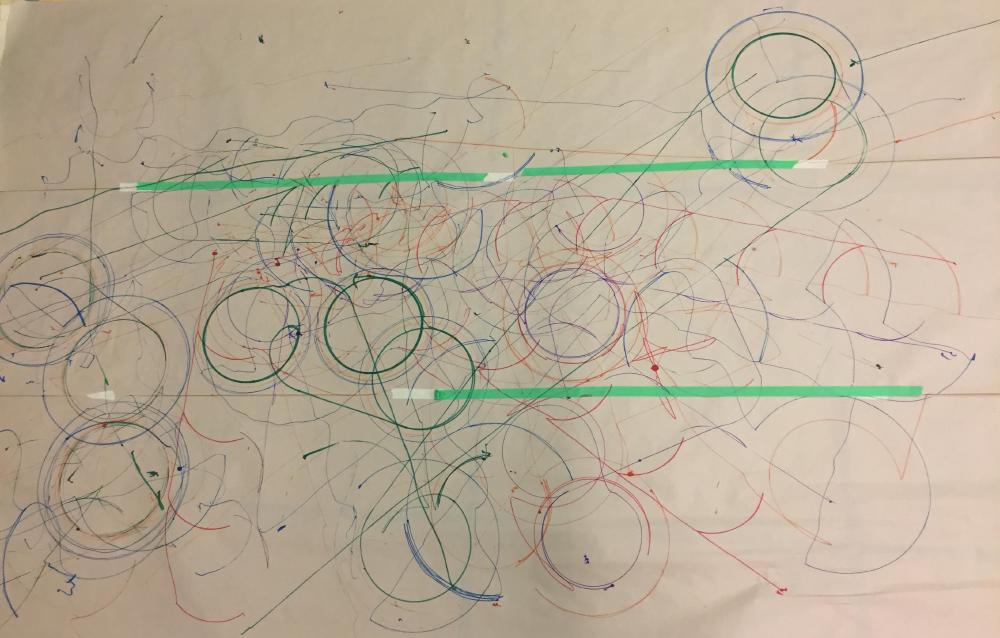 This co-design session was held on July 12th from 1:30pm - 3:00pm at Camp Karma, a summer day camp specializing in teens with autism and special needs, in Aurora. The event was attended by seven campers who ranged in age from adolescent to young adult. Each camper was on the autism spectrum and had specific social and behavioral needs. This event was facilitated by three IDRC members and one member of the Bridges Canada team. 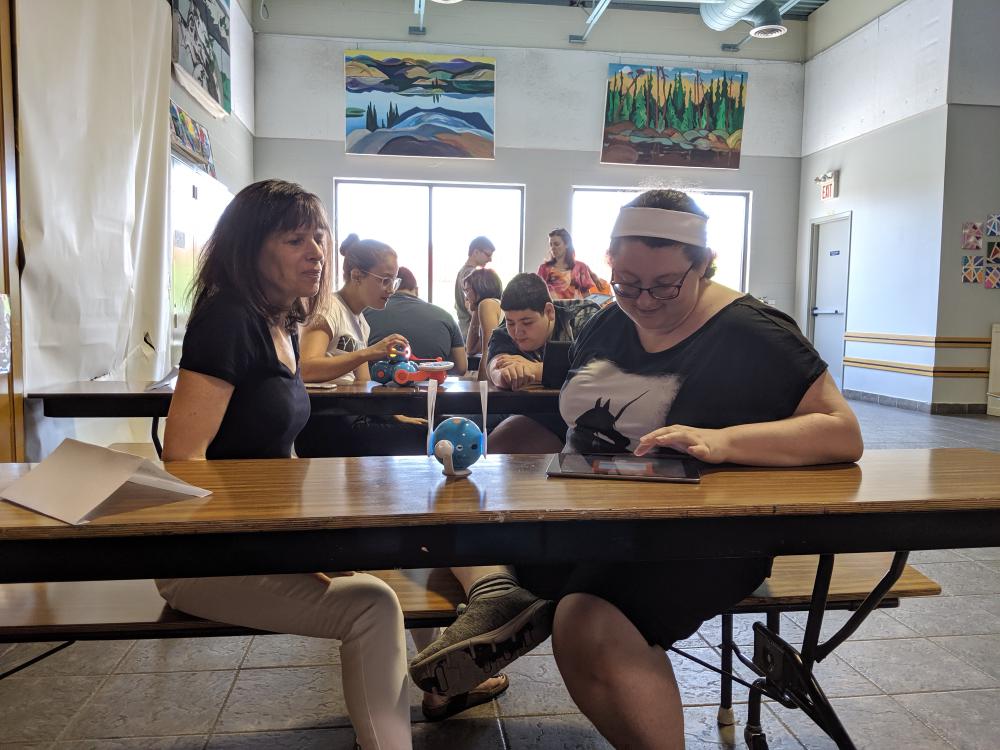 Planning for the Co-Design Session The team was involved with three coding sessions facilitated by the Bridges team before leading their co-design session. This involvement was important to build rapport with the campers and to understand their individual learning and behavioral needs. During these sessions, the campers were introduced to Dash and Dot robots with the Blockly interface and Sphero with the Sphero Edu interface. They used the robots to explore concepts, such as sequencing, repeated patterns, parameters, and debugging. Our learnings from these sessions include:

Set an agenda: When campers were seated for extended periods, such as 45 minutes to 1 hour, their attention would wane. Our team learned to recognize the value of having an agenda to set expectations at the start of our co-design sessions.

Graded challenges: Campers had a high recall of details regarding robots and coding. Approximately one third of the campers had experienced coding before. Their experience informed our activities to have various levels of challenges with abstract and creative thinking.

Paired activities: Pairing campers to work together based on ability to collaborate effectively and ability to take turns was integral to facilitating successful sessions.

The co-design session was broken down into the following two sections:

The campers were first introduced to the C2LC prototype interface and got the opportunity to trial it with an art activity. Markers were taped to Dash robots and Sphero robots were dipped in paint. The campers then coded their own sequences that the robots drew on paper laid out in front of them.

Splitting the drawing from the painting provided an opportunity to shift from one environment to another which allowed for some decrease in activity time and novelty at the beginning of the second environment. Campers had low activity tolerance. One camper would only engage for 5-10 minutes before electing to leave for a break. To sustain continued interest, future sessions need to be short (around 30 minutes) and flexible for breaks as needed, with opportunities to re-engage at the start of the next activity.

The facilitation team had four robots to be shared among the seven campers, so the campers were required to take turns and work in collaboration. This sharing arrangement reduced the amount of time each individual had with the prototype and required taking turns. 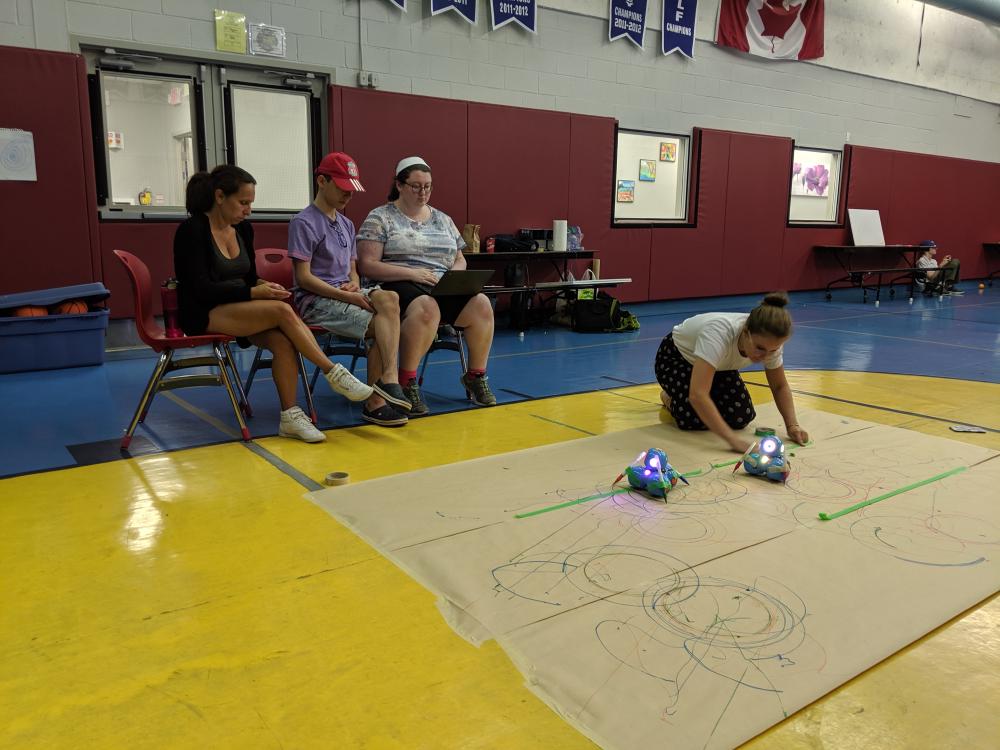 Following the art activity, the campers were provided with a board with all components of the C2LC prototype attached to it. First, they were asked to redesign the current interface based on their own personal preferences and needs. Each facilitator worked with one to two campers and supported the design process with questions that included: 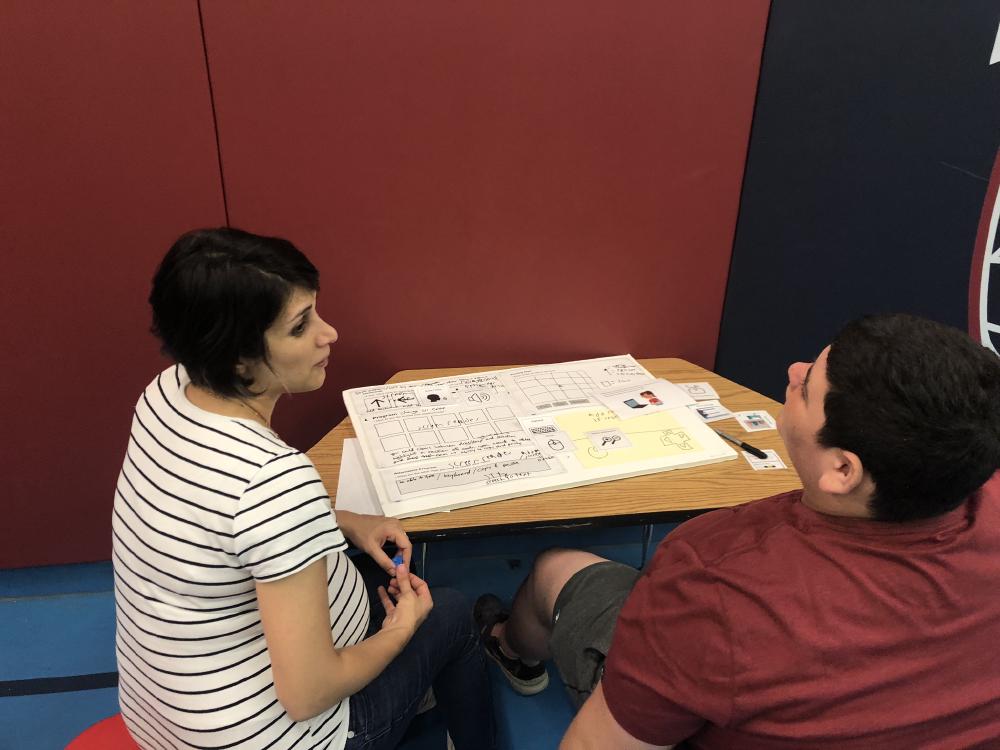 Campers had low energy following a week-long of activities prior to the co-design session. Some campers were “stuck” on coming up with their own ideas. Facilitators provided suggestions, and prepared cards that featured different options for coding interfaces, access options, and add-ons to help campers generate ideas. To better support idea generation in future sessions, the team can prepare cards with more interface options to lay out in front of campers.

Following designing their own interface, the campers were provided with case scenarios of individuals with different abilities (an individual who had broken their dominant hand, a young child who could not read English, and an individual with visual impairments). They were tasked with re-designing the C2LC interface for those individuals.

The campers in this group were able to empathize with the scenarios and suggest relevant and creative changes to the interface. For campers with a lower level of empathy, it may be helpful to pair them with a case that involves a similar level of ability to those at the camp. Gathering all campers to share their ideas as a culminating activity was important and worked well in generating interest. This opportunity for sharing should be included in the explanation of the schedule of events at the beginning of the activity.